Glimpses of grace seen in the everyday

I want to rest blissfully in His lap like a beloved child, feeling His heart beating tenderly for me, inhaling the sweet scent of His presence, reveling in the strength of His arms around me.  BUT too often, like a restless child, I wrest myself away to go play with my toys

Father, hold me close. Draw my focus away from the lures and cares of the world around me.  Still my heart.  Satisfy me with your love.  Delight me with Your presence!

Every December, my #1 Christmas wish is a delightful sense of God’s nearness as I meditate on the wonder of God’s love in actually becoming human for the sake of you and me! I think of this as my “Mary side,” after Jesus’ friend who gravitated to the inner, intimate circle when Jesus was a guest at their home, all ears as she sat near and soaked in the wonder of his presence and his beautiful, life-giving words of truth.

But then there’s also my “Martha side,” like Mary’s sister who was busy meanwhile in the kitchen preparing dinner for their guests. I admit that much of my joy at Christmas time is in making sweet treats for friends and family, buying and wrapping special gifts that I know (hope!) they will enjoy, and festively decorating the house in celebration of Christ’s birth.

Does it have to be one or the other? I don’t think so. I’m sure Jesus enjoyed Martha’s delicious dinner and appreciated her efforts to prepare it. However, I realize that my Martha side can too easily crowd out my Mary side!

Busy activity always tends to fill up whatever time I have, and before I realize it, there’s no time for that leisurely intimacy with my Lord who is, after all, the reason for the celebration I am preparing for! I want to give first priority to my time with the Lord and then let my acts of service flow from that.

Keep me LOOKING UNTO JESUS–
undeterred, unfazed by the surrounding waves
or siren calls.

LOVING HIM with ever-expanding heart
who loved me first and chose me to be His own.

LIVING FOR HIM—my King, my Savior, my pattern

In the Spirit’s power

If you met a giant, which way would you run?  I mean those really mean nasty giants that would bite your head off.

The people of Israel were ready to mutiny against Moses and head back to slavery in Egypt rather than face the giants in the land God had promised to give them.  Why?  They didn’t believe God’s promises.

What a contrast we find in the character of David.  When he arrived at the battlefield to visit his brothers and heard the infamous giant Goliath threatening God’s people, he actually ran out to meet him  saying, “This is the Lord’s battle, and he will give you to us!”  (1 Samuel 17:48) You know the rest of the story.

So when you and I face those “giants” that we dread and fear, will we turn and run or face them head-on in God’s power?  He’s given armor for the battle and promised to be with us.  (See Ephesians 6:10-18)

The Gift of True Peace 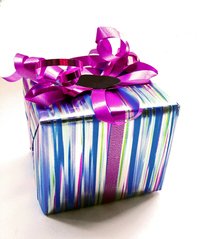 “Peace on earth!” The angels sang it on that first Christmas day, and today it still rings out especially at Christmas time. “Prince of Peace” is one of Jesus’ titles (Isaiah 9:6).

But what kind of peace is meant, and how can it be accomplished?

1. The absence of war or other hostilities.
2. An agreement or a treaty to end hostilities: negotiated the peace.
3. Freedom from quarrels and disagreement; harmonious relations:       roommates living in peace with each other.
4. Public security and order: was arrested for disturbing the peace.
5. Inner contentment; serenity: peace of mind.

The cheap imitation—what the world offers:

· The Roman empire accomplished their “Pax Romana” through brute force.

· In the 1960’s, the hippie movement arose, touting “peace” with their famous “peace sign” as a demonstration against the violence of war. But has this brought peace on earth?

· Since 1981, an annual “International Peace Day” is observed each September 21 with the goal of stopping war and violence through solidarity and joint action. Obviously it hasn’t come anywhere near to reaching that goal.

Peace treaties are made and then break down because of human nature. The same is true of reconciliation between races and family members. We need outside help!

Concerning harmonious relations (sense 3 above) Jesus said, “I did not come to bring peace but a sword.” His coming and the truth He brings have sparked opposition from those who do not believe in him, beginning with Herod right to the present time.

The peace Jesus brings is first reconciliation between God and man. As the carol says, “God and sinners reconciled.” He has also reconciled warring groups of humanity to each other as they submit to God (Ephesians 2:14-18). The other senses of peace follow as a result.

Those who are reconciled with God have peace of heart which calms worry and fear (John 14:27), and they work for peace with other people (Matthew. 5:9).

Jesus’ peaceful reign over the world –with the end of all violence and war–will begin when he has defeated all his enemies at a future time. Then he will truly reign justly as the Prince of Peace in every sense, and “Peace on Earth” will finally come to full fruition! (Isaiah 11:1-10)

Have you received God’s gift of forgiveness and reconciliation though Jesus, the Prince of Peace? 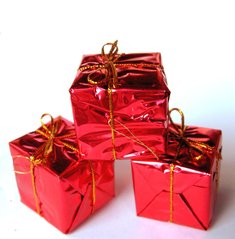 Did you ever receive an expensive-looking gift and then find out after the initial excitement that it was an imitation, a fake?

LOVE! PEACE! HOPE! JOY! Everyone wants these wonderful gifts we hear about at Christmas time, but too many settle for the world’s cheap imitation. The genuine article comes only from God, the giver of all good gifts!

The cheap imitation—what the world says:

♥ True love comes from God, who loved us first. (1 John 4:19)
♥ True love puts others first, seeks what is best for the one we love.
(1 Corinthians 13)
♥ God’s love is unconditional, forgiving, forever! (Exodus 34:6-7)
♥ Love is why Jesus left his heavenly throne
to take on a lowly human body,
to endure poverty and rejection,
to become the sacrifice for our sin
and to blaze the path to a wonderful relationship with God
and life with him forever.

God loved the world so much that he gave his one and only Son so that whoever believes in him may not be lost, but have eternal life. (NCV)

This is God’s Christmas gift to you and me! Have you received it?

There are strange goings-on at Ephesus:

1. Genuine miracles performed by Paul—God’s power (carried even by Paul’s sweat bands and hand rags in this unusual case!) to defeat disease and demons and free their victims (Acts 19:11-12).

2. Exorcisms by people claiming to have power, unauthorizedly using the name of Jesus as a tool in their bag of tricks—only to have it “explode in their hands” (as some commentators have expressed it). Instead, they became victims of the demons’ fury (verses 13-16).

3. Occult practices rampant in the city, for which expensive books of magic were used. But when Jesus’ followers saw the genuine and pure power of Jesus on the one hand, and the genuine danger of toying with Satan’s power, they cut all ties with the latter. At great cost (almost $7 million in today’s earning power), they burned all their books of magic in a bonfire. No compromise!!! (verses 18-19)

As a result, the Good News of salvation went viral and many turned to follow Jesus!

What about you? Are you toying around with power that’s not from God? Books, games, movies that explore the world of dark powers that would prey on your soul? That’s dangerous! I beg you—burn those bridges behind you!
Come out into the light of God’s pure and true power where you are loved, valued, and set free to be all that you were made to be.

At the end of his first book, Luke (24:5-6) tells of women who went to Jesus’ tomb only to find it empty. What they did find there were two angels who asked them, “Why are you looking among the dead for someone who is alive? He isn’t here! He is alive!!!”

In the next chapter Luke wrote (Acts 1:10-11), two angels appear again, this time to the gathered apostles on a hilltop after Jesus had disappeared from their sight. Again they asked, “Why are you standing here staring into heaven? Jesus has been taken from you into heaven, but someday He will return!!!”

When Jesus isn’t where people expect or want Him to be, it’s because He has a much better plan.  For us who are His, He has not failed us or forgotten us. In place of death, there is life! Instead of loneliness, there is hope for a glorious future when Jesus returns in power to gather His people to Himself and reign forever!  And meanwhile, He has sent the Holy Spirit  to be with and in us to comfort, teach, guide, empower and be our Best Friend. (See John 16:6-15; Romans 8).

So let’s encourage ourselves today with these two announcements:

A Sigh and a Promise I look out the window
The year is aging
Green leaves brighten to red, orange, and gold—and then fall
Leaving black skeletons reaching toward the sky
Waiting for new life and beauty once again.

I look in the mirror
I am aging
Skin sags, hair falls, body parts don’t work like they used to
But my spirit reaches upward and soars
Waiting for my new body when all is restored
And ruled by my loving, wise and powerful King!

All creation is waiting eagerly for that future day when God will reveal who his children really are. Against its will, all creation was subjected to God’s curse. But with eager hope, the creation looks forward to the day when it will join God’s children in glorious freedom from death and decay.

For we know that all creation has been groaning as in the pains of childbirth right up to the present time. And we believers also groan, even though we have the Holy Spirit within us as a foretaste of future glory, for we long for our bodies to be released from sin and suffering.

We, too, wait with eager hope for the day when God will give us our full rights as his adopted children, including the new bodies he has promised us.       Romans 8:19-23

O God,
You are silent to our ears,
but I “hear” your praise in the birds’ songs
in the song of praise of your people
in the voice of a friend.

You are invisible to my eyes,
but I “see’ you in the beauty of a flower, the sky.

Your touch cannot be felt
but in the hug of a friend,
in your healing of my pains.

I can’t smell your fragrance,
but get whiffs of the perfume of a gardenia
and I long to be a conduit of Christ’s fragrance
as I see Your love spread through Your honorable servants.

Your goodness is not perceived by my taste buds,
but I “taste and see” that You are good!
I get a foretaste of glory now and then—
in all the things listed above,
in a divine stirring of my heart
in the daily gifts from Your hand.